What Happens to the Financial Market if Russia Invades Ukraine? 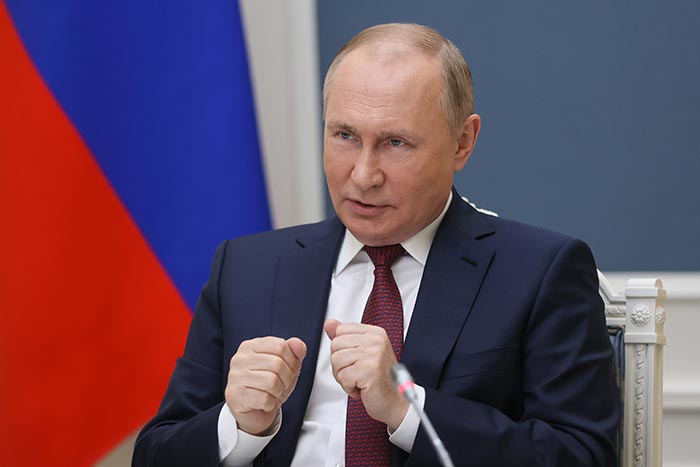 Russia is in a hawkish mood. It is ringing Ukraine with 100,000 troops, enough to bring back what Putin believes is a prodigal country. The Russians are putting up a false flag, and the US is sending weapons to Kyiv and troops to Poland and Germany in the hopes of shoring up Ukraine’s defense if needed.  Ukraine is the second-largest country in Europe next to Russia, but that is not enough to deter Vladimir Putin, Russia’s enormously powerful president, from getting what he wants.

In a show of wiley strength and a slap in the face to the Biden Administration, Putin met in early February with Chinese Leader Jinping Xi in Beijing at the Winter Olympics. The two expressed opposition to NATO’s presence in Ukraine and Georgia and charged the US as a destabilizing force.  Russia said it would open its oil pipeline to China, and China said it would support Russia if the US imposed sanctions on the European country.

Why would Russia want to invade Ukraine?

Why would Russia want to invade Ukraine? There is no clear answer. Some pundits say Putin believes that Ukraine belongs to Russia and should be reabsorbed.  Others believe that Putin wants to undermine Ukraine’s alignment with the west by choosing a democratic government. Some analysts are saying the answer lies buried somewhere in Putin’s psyche.

The real question is, would Putin be ready to risk the lives of his soldiers for war the Russians do not seem to be committed to?

What might happen to the financial and commodities market in the case of a geopolitical event of this nature?

Financial experts believe the stock market can withstand a significant geopolitical event. They point to Russia’s 2014 annexation of Crimea when the market roiled for a few days and eventually regained footing.

The current Russia-Ukraine situation may more likely parallel the market crash of 1979. There are three similarities between the present in 2022 and the past in 1979. In 1979 inflation was choke-holding the country, and the Fed raised interest rates causing wild market swings. Inflation hit 13.3% driven largely by rising gas prices. The fundamentalist Iranian government pulled back on oil production and raised crude oil to  $13.00 a barrel, sending American workers into a tailwind. Interest rates hit nearly 20%.  The rise did, however, break inflation.

In 2022 we are facing a 7% inflation rate and the rise of crude oil to $90.00 per barrel.  This administration closed the Keystone pipeline and disallowed drilling in other areas of the country. We have logistic delivery bottlenecks causing tie-ups at the Los Angeles ports, and the Federal Reserve has signaled an interest rate increase in March of 2022. While hiring is good, businesses are still coping with the great resignation with not enough people to work in retail and the trades.

In the event of an invasion of Ukraine by Russia, depending on the international community’s response, the situation could be challenging.  Russia has a stronghold on commodities, including oil. European gas prices could soar. Russia is one of the world’s largest wheat exporters. The US food chain could be affected. The impact may ripple through the markets. Not to mention the Omicron variant of Covid 19.  It is still unclear what kind of upheaval would agitate the international markets should another Covid strain be discovered.

Rule number one is do not panic. Take action to protect your savings.  Speak with an expert to ensure that you are adequately diversified. Market watchers are watching the bond market and view it as a cause for concern. Bonds typically work in opposition to the stock market but this year it seems that the bond market is moving in tandem with the stock market. This unprecedented event is due to the historic and incredible wrong suppression of the Fed’s rate.  If the Equities market begins to decline we will see the unheard-of event of the bond market stalling.  As the Fed keeps raising rates, bond investors will not want to move into long-term Bonds knowing that if they were to wait even a month or two longer the rate of return will increase sharply.  The lack of liquidity will create multiple shockwaves to the equities, bond, and possible housing Markets.

Gold, a safe haven, has been on the rise. The price per ounce has been edging its way up to over $1800.  In the 1970s amid the geopolitical turmoil, gold soared by 179%, as illustrated below:

If the past is a predictor of the future, Gold could be in store for an incredible run. Investors are finding relief in gold that they aren’t getting in the bond market or the volatile stock market.  If you don’t own gold, we believe you should investigate it. If you do own gold, you may want to consider its place in your portfolio. Gold will always maintain value.

We recommend reaching out to your financial advisor or us at Legacy https://legacypminvestments.com. In these confusing times, our primary goal is to help you make sound financial decisions. Our team of experts can provide you with tailored recommendations based on your personal financial situation. Call us today at (866) 473-6204. 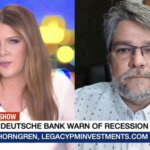 Is a recession inevitable? Trish Regan and Charles Thorngren discuss 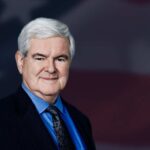 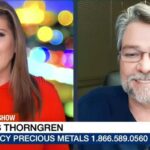 Trish Regan and Legacy CEO discuss the volatile stock market, the Fed’s response, and how to protect yourself 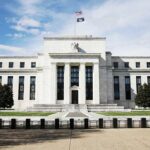 The Fed is playing politics & your retirement is at risk

Explore the premier services and unrivaled expertise that have earned us the trust of thousands of Americans.